Story of a Neglected Dog 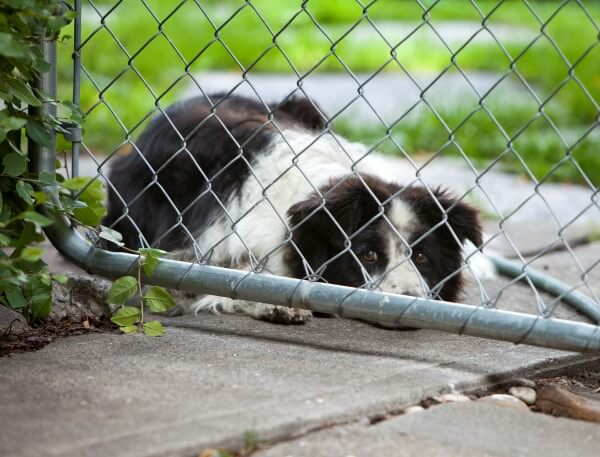 When the Smith family saw the movie ‘Babe’ they decided right then and there that a border collie was the dog for them.  With a big backyard and two kids to play with the active dog would be kept happy.  They also liked the fact that they were an intelligent breed that would practically train itself.

The children, who named him ‘Prince’, instantly adored the black and white ball of fluff.  The kids were supposed to watch the pup carefully and take him outside for regular toilet breaks but despite good intentions Prince had several toileting accidents on the good new carpet.  Mr. And Mrs Smith decided it might be best to keep Prince outside – after all working border collies live outside. The Smiths didn’t spend a lot of time outside in their garden so Prince saw his family less and less.  When the kids did come out he was so excited he seemed to ‘go wild’ – jumping-up and nipping at hands and feet.   It became less enjoyable to go out and see Prince.  Last time Jimmy was knocked over and started to cry.  Soon, the kids hardly wanted to go into the backyard at all as they were frightened of Prince rushing at them and jumping on them.  He was getting faster, bigger and stronger everyday.

Mr and Mrs Smith realised Prince probably needed more exercise so they decided to take him for a walk to the local dog park.  Prince was so excited he pulled on the lead as hard as he could, aggravating Mr Smith’s bad back.  He barked excitedly at every dog he saw and lifted his leg on every tree.   At the park, Mr. Smith let Prince off to play – he had the time of his life, chasing birds, snipping at the heels of the kids playing soccer and stealing balls from the other park users.  It took an embarrassed Mr Smith two hours to finally catch Prince and takes him home.  The whole experience was not one he cared to repeat.  The Smiths decided their only option was to let Prince live the rest of his life in the backyard.

For many dogs the story ends here but not for Prince.  In frustration and boredom he began digging more, chewing more and barking more.   The Smith’s once beautiful garden looked like a minefield.  The neighbours started complaining about the incessant barking.  Once Prince even escaped over the fence and nearly caused a car accident.  Mr and Mrs Smith decided Prince would be better left in the garage where at least his barks would be muffled and he would be safe.   Prince continued to bark and out of sheer boredom, began to destroy everything he could reach in the garage.  The Smiths were now convinced that their dog was not suited to suburban living and really needed to live on a farm  – at least that is what they told the animal shelter when they left Prince there.

A dog which is too wild to play with the children, destroys the backyard and has to be locked in a garage is not what anyone wants, yet this scenario is repeated thousands of times around Australia each year.  More dogs die before 18 months of age due to behavioural problems then from all other causes put together.

The Smiths were not cruel people and Prince was not a ‘bad’ dog.   The problem was simply a lack of knowledge and understanding of basic canine needs and behaviour.   If the Smith’s had worked at achieving the six steps outlined above – Prince could have become a valued and loved member of his human ‘pack’ instead of an outcast ‘lone wolf’ – destined for a short and lonely life.

Article courtesy of ©Karin Larsen Bridge – other than for personal use, no part of this article may be reproduced without permission of the author.